To all tags
Currently: appending _test to a number of workflow inputs and outputs and am confident this will not incur unanticipated consequences later.
Quick, somebody give me something mildly impossible; I just wired three Cat5 connectors and they all worked on the first try.
Some special debug modes in Minecraft require pressing F3+some other key, which is a real mess for accessibility; function keys aren't meant to be modifiers of other keys, and the Minecraft folks have some explaining to do on this. That said, my son came to me with a problem: He wants to do something called "showing chunks" in Minecraft, which requires F3+g. Pressing F3 on his 60% keyboard requires using the _fn_ key, so if he presses another key while holding that key, it also activates the alternate function command mapped to the second key.
...read more
In the span of three weeks I’ve somehow acculumated not one but two mechanical keyboards: A Keychron K2, and a Ducky One 2 SF. I had ordered the Ducky first, but it was out of stock and after about a week it appeared that its shipping date had been pushed back even further – several more weeks out from my reading of the inventory update at mechanicalkeyboards.com. In a fit of impulsive work-at-home consumerism (in which I see I am in good company, I also ordered the Keychron, which arrived in just two days, and I’ve cheerfully been banging away on it for the last couple of weeks.
...read more 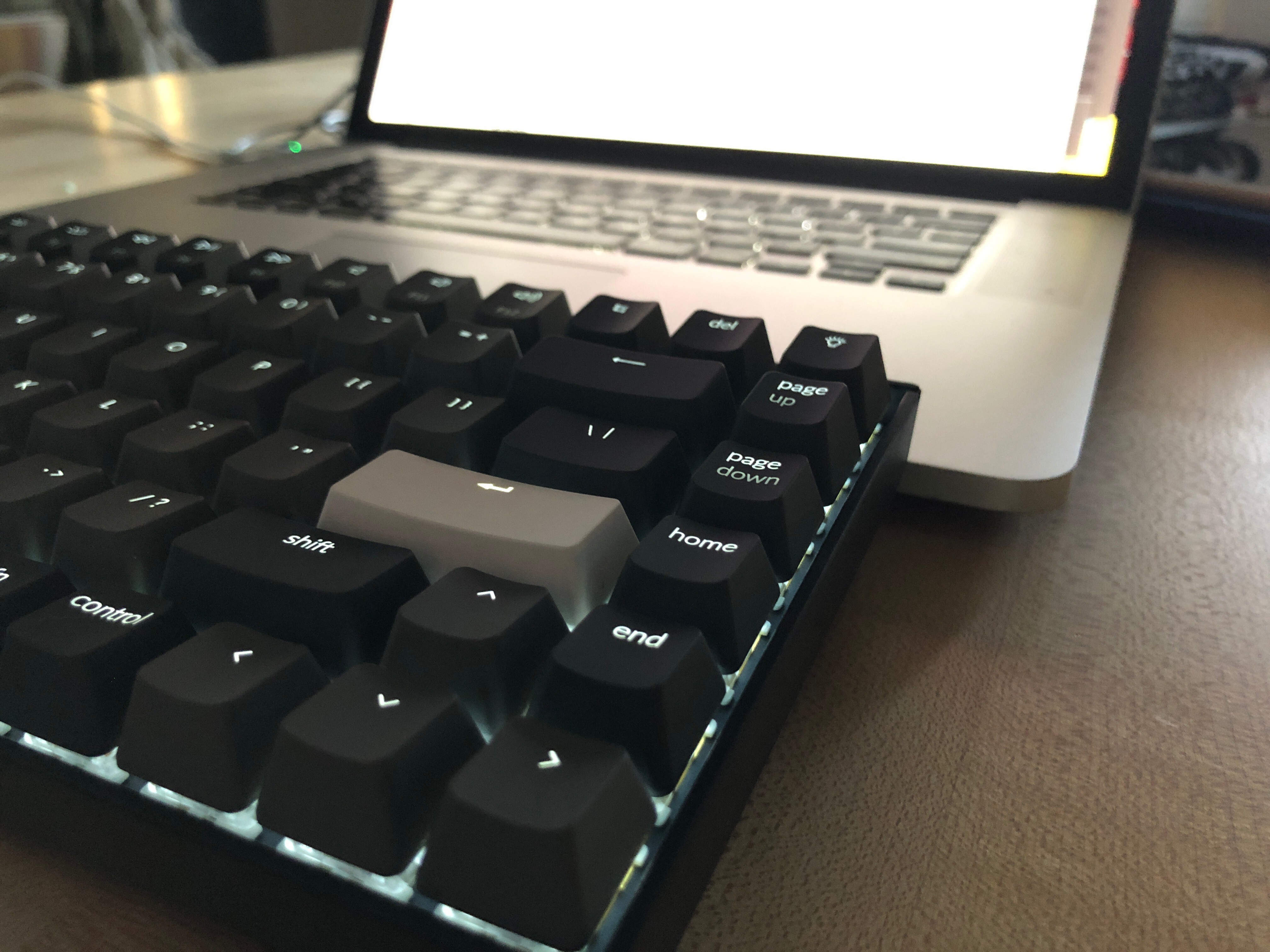