I dusted off and started to update my data from The Setup this weekend. Here’s a plot of some selected text editors that people discuss over the past few years. I’ve cut the 2013 data because there’s not much information there, yet, and it makes it appear as if the frequencies of all the editor mentions go way down. 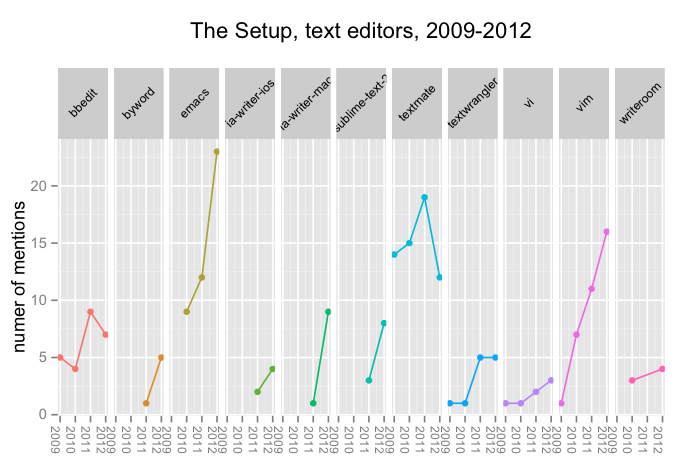 For all the noise about fancy new-generation editors, respondents at The Setup seem to hew old school, or at least talk old school, as the data reflects mentions rather than actual use. (Seriously, this is just about as unscientific as it gets. But it’s fun.) Will TextMate return to prominence in 2013, or will Emacs continue its ascent? Can Sublime Text outpace vim? Time will tell.

Bonus update, mobile devices. I was having fun, so I updated to include a swing at mobile devices. This may be an incomplete count of the various Android devices. Rather than filter out the devices with just a single count, I included them to show some of the variety (which also tends to highlight just how dominant the iOS devices are). 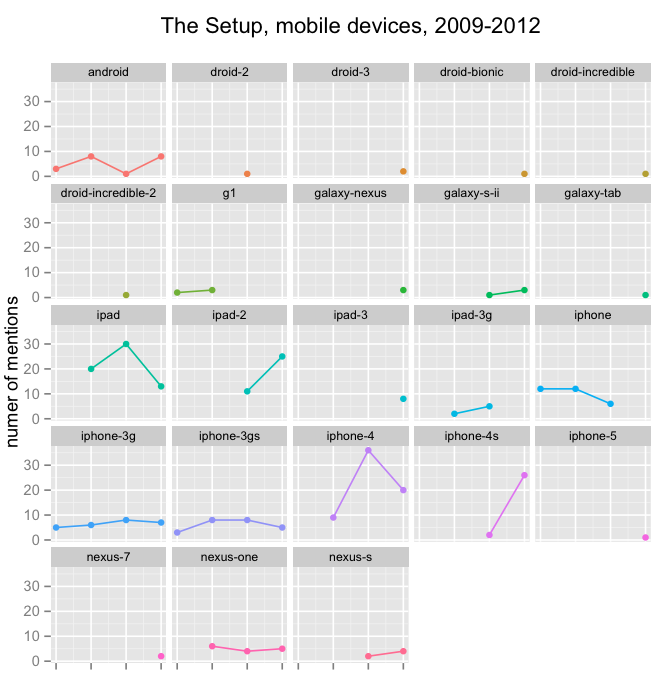 You may be saying, “hey, what about Windows Phone?” Well, here are the current counts: