Following up on a skim of text editor data from The Setup last summer, I thought I’d catch up now that the 2013 information is in. It’s been quite a while since I dove deeply into the source data at The Setup, so it’s possible I’m missing new editor trends; I should read up on the interviews again, but meanwhile this is another fun, quick snapshot. 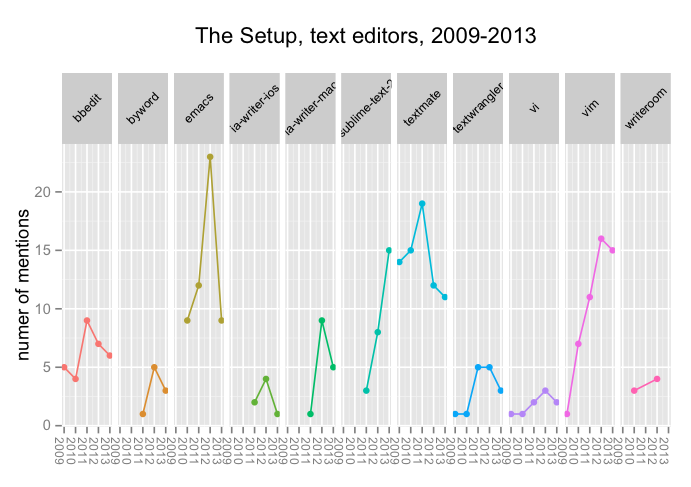 Looks like after its 2012 surge, Emacs dipped steeply, while vim remained high and Sublime Text 2 grew in use (mentions) substantially. Among new, popular tools last year, Editorially has a single mention in the data, and Editorial doesn’t yet show up.