An annotated list of some of the things I used, liked, appreciated, or got particularly good value out of in 2014:

Not Computering (intentionally put at the top)

In February last year I started on some physical therapy for my shoulder, long insulted by climbing accidents and then one particularly embarrassing skiing accident, then ossified by general mis-use. When I started, I couldn’t get that arm much above my head, and when I “finished” the official course, I was comfortable, not tentative, and confident that I wasn’t about to re-injure it. I can’t overstate how much this positively affected me, day-to-day. Picking up my boy, reaching around in the car, getting something off the shelf. I should have done this years ago.

Personal training is probably the other best thing I did for myself this year (critically enabled by having done the PT; I had to learn to fish before I could, something whatever). Seriously, Internets. It feels so good to be active and strong(er). 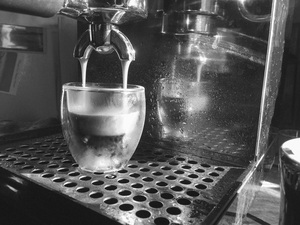 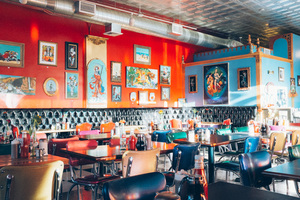 Good coffee and food and favorite places to share with my family and friends.

Pinboard and Pushpin: I used Instapaper less in 2014, replaced in part by Pinboard. Just about everything I wanted to read or wanted to save for later, ends up in Pinboard, and the great Pushpin app enabled a lot of this — saving via its iOS 8 extension, reading and finding new things in the popular list.

Minimal Reader: I ditched RSS for a while, but picked up an annual subscription to Minimal Reader last January, and have just renewed for another year. I see (via Twitter and Minimal Reader) that Glenn Fleishman has moved away from RSS, and I agree with basically everything he writes … but have nonetheless landed on continuing to use news feeds in addition to the rapid-fire flow and conversation of Twitter. I have a relatively small set of (active) feeds in Minimal Reader, which I put there because they reliably offer something that I don’t want to miss. If I happen to have read something via a twitter conversation before I come across it in Minimal Reader, then I just float past it; and I regularly clip longer items from MR into Pinboard or Instapaper in order to keep the RSS queue as more of an inbox than an actual place to read them.

Synology: I wrote about my Diskstation a handful of months ago. It continues to sit in my media center cabinet, quietly acting as my Time Machine destination and network storage for photos and videos. I’m very pleased with this, but there is one caveat: iTunes turns out to not like an always-on disk location for its media, so I have had some trouble maintaining that part of the solution, and for now have basically reverted to keeping iTunes media locally.

Backblaze: Having now used it for years, Backblaze is one of those things I just don’t really think about. I’ve used it to restore a pre-corruption iTunes library and to recover a bunch of ssh private keys, and I am secure knowing that it’s there putting up all my stuff just in case. The second caveat regarding the NAS comes in here, however: Backblaze doesn’t yet support it. I really want to fill this gap and hope they find a way to handle it soon.

I’m hot and cold on Rdio, but continue to use it just about enough to keep paying for it. When friends or twitter contacts recommend something, it’s so easy to go check it out, and it provides streaming access to most of my library that I ever want to listen to. It’s great. I’m not a big fan of the UI anymore, as it has gone somewhat over the line from minimalist to obtuse, but it’s navigable enough that I can put up with it for the good selection. (I’m thinking I will give iTunes Match a try this year, though, as I continue to want to buy the music I really like, so I won’t lose it as it comes and goes on streaming services. I have a long malformed musing post somewhere about wanting to make the things I listen to and read somehow tangible for discovery by my son, when he’s ready to explore them, and having them all-digital doesn’t yet seem accessible for that.)

(Most of my friends use Spotify, and I use re/spin to import their playlists into Rdio. It’s awesome. Try it!)

1Password: Well geeze. Best software purchase ever? I’ve now bought this multiple times through multiple updates and devices and I never think twice about each paid update. I just make a small invocation and light incense once a week that I will never forget my master password, because I literally know almost none of my passwords anymore. The iOS 8 extension pushes 1Password close to the heart of every activity on my phone and tablet just as it had previously done on the Mac. It’s just indispensable, and if you’re not using it then you are likely doing it wrong.

MailMate: Apple’s Mail app started to misbehave on me this year — possibly some interaction with my mail server and/or ISP, but it was enough for me to start looking at other mail applications. MailMate is fantastically powerful, making my only reservation about it is that I’m not enough of a power user for it. But if you value a quality application, this is just an excellent thing. Custom keybindings, filters and smart mailboxes for the win.

Tilde Club: What a serendipitous thing to happen into, and what a great thing for Paul Ford to start rolling.

cTiVo: Hey, you can download from your TiVo to your Mac, and it’s easy! With my new Mac it’s even pretty fast to transcode them to AppleTV format. I’m routinely downloading shows to either save and make room on the TiVo’s drive, or to put on the iPad for a trip. cTiVo will “subscribe” to shows, too, so you can automatically download and transcode episodes as they come in. Detects commercials, too!

PhotoStream2Folder: I wrote about this recently and it’s still doing exactly what I want: Frictionlessly pull pictures from my iPhone’s photostream and drop them in a folder that’s monitored by Lightroom on my MacBook Pro. It doesn’t solve video, and I’m accumulating some video that I need to download and deal with through the old way, but it’s hugely valuable nonetheless.